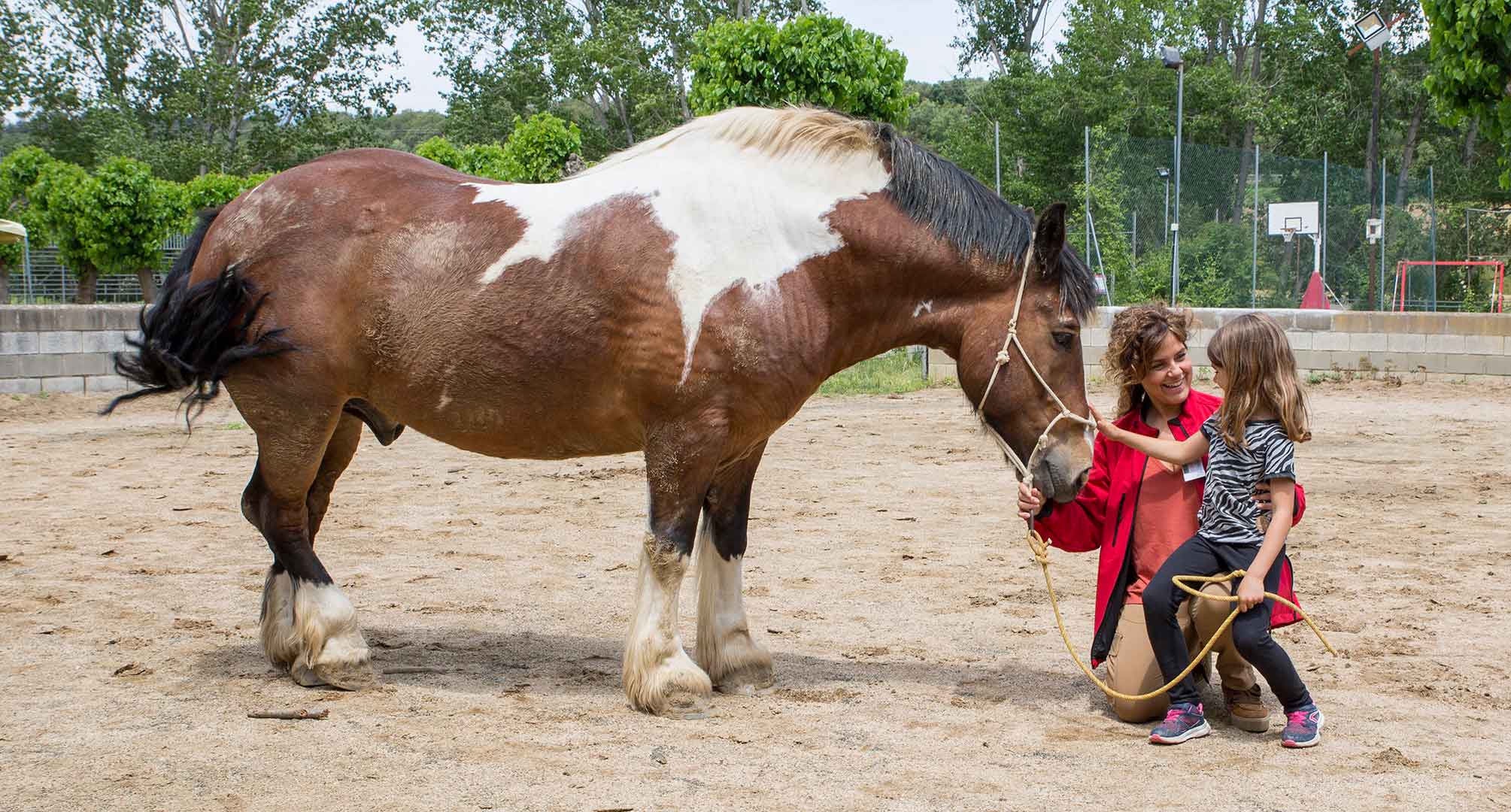 Our method is based on the practice of emotional education in a way that works with today’s children. We firmly believe that the best way to integrate what they learn in relation to this type of education is by making them aware of their emotions. La Granja Method* is being tested since 2005 with over 10.000 kids every year who come to La Granja, aged between 3 and 18 from all around Catalonia.

The La Granja Method is used in the emotional education program at La Masia in the Barcelona Football Club (with their athletes, families, trainers, coaches and staff); with students from the University of Barcelona; the Blanquerna University and the International University; with schools such as Betúlia, La Salle, Dominiques or Escuelas Pias and with companies such as La Fageda, Henckel, Factor Humà, Infojobs, Grup Pyrènèes Andorra or Bayer.

*Scientific Evaluation Study of the La Granja Method© performed by the GROP,(Educational Orientation Research Group from the University of Barcelona (November 2017), using a sample of 132 children between the ages of 8 and 14. The study proves there are significant changes between before and after the study in the 5 emotional competences observed (awareness, regulation, autonomy, competence for life and wellbeing). The study also evaluates level of anxiety in the students, showing a significant decrease in the different states of anxiety.

what is the method?

what do the children learn?

This website uses cookies to improve your experience while you navigate through the website. Out of these, the cookies that are categorized as necessary are stored on your browser as they are essential for the working of basic functionalities of the website. We also use third-party cookies that help us analyze and understand how you use this website. These cookies will be stored in your browser only with your consent. You also have the option to opt-out of these cookies. But opting out of some of these cookies may affect your browsing experience.
Necesarias Siempre activado

Any cookies that may not be particularly necessary for the website to function and is used specifically to collect user personal data via analytics, ads, other embedded contents are termed as non-necessary cookies. It is mandatory to procure user consent prior to running these cookies on your website.